100% Pure Maple Syrup is made the same way across the spectrum of different grades – it is mainly environmental factors that are the cause of why one maple syrup produced ends up a different color grade, light to dark, and with different flavor profiles. 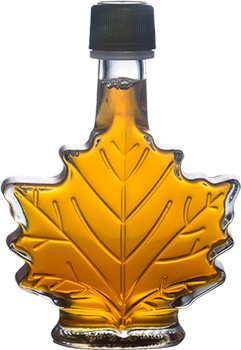 2020 bottle of Pancake Hollow Sugarworks light amber 50ml bottle. This syrup was made from early season sap collected from the Illinois Mountain, part of the Marlboro Mountains,  foothills of the Catskill Mountains, in the Hudson Valley, New York.

Light Syrup : Cold, late winter, early season maple sap usually produces the lightest golden amber super fancy maple syrup of a farmer’s harvest.  Beyond its striking liquid gold appearance, the most delicate flavors of the season are most distinguishable in light syrup, the result of phenolic compounds and flavonoids present in the sap.  Vanilla, buttery and soft flavor descriptors generally define this grade which has traditionally been considered the cat’s meow and historically the most sought after maple syrup grade. 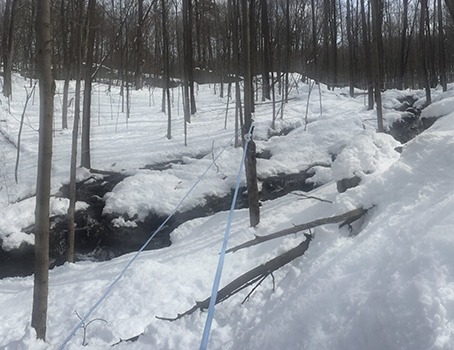 With little to nothing else apparently happening and most animals still in migration or hibernation.  Trees the most leafless of the year, not even the slightest bit of budding life yet noticeable, except for this sap flow.  Microbial and insect life, keen on consuming sugary tree sap themselves haven’t yet begun to emerge and multiply.  But, if the temperatures rise above freezing, even barely, the trees start moving their sap and this is where light golden super fancy syrup is born. 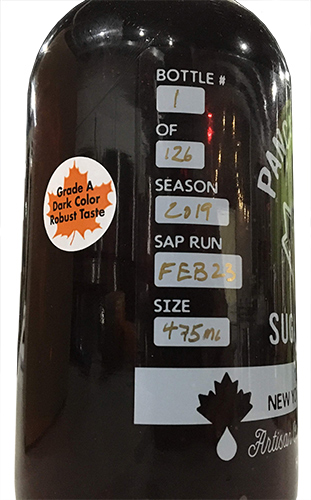 Dark Syrup:   Sap collected closer to the end of the maple harvest season, when the forest is coming to life with warmer temperatures and mostly melted snowpack, is more complex if you will.  Collected the very same way as in early season, but due to the existence of microbial life (which break down into amino acids from their enzymes during processing) and/or invertase (from wild yeast) during these warmer weather sap collections, sucrose breaks down into the inverted sugars, glucose and fructose, at a higher rate, and is resultantly primed for caramelization.  Caramelization, in a nutshell, is a chemical process (Maillard reaction) requiring heat and these two types of sugars, an umbrella term for any number of non-enzymatic browning reactions that may occur during rigorous sap boiling and that which are big part of the deep color and flavor development in dark amber grade. 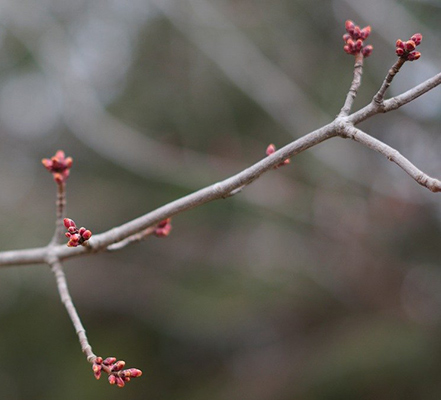 Grade B:  The beginning of the budding of maple trees at the very end of maple season is a very key milestone signaling the end of harvest for a farmer.  In the beginning of spring, trees start to “bud out”, usually starting with the soft (red) maples first, evident by a reddening of the forest tops as tiny, tight buds emerge at the ends of quadrillions of shoots at the tips of the trees that will ultimately become leaves and shoot growth.  Sap collection usually concludes sometime before the last drop of sap flows out of the taps the trunks because even though sap is still flowing, the budding of the trees starts to impart an “off flavor”, sometimes described as metallic or in cheese making terms, “a sharpness”.  These late season, buddy flavors are not often sought after or expected in the A Grades.  Moreover, it’s during this time that sap can even start to ferment during collection, degrading in the warm temperatures to the point where it’s very challenging to work with, taking on a ropy, snotty consistency that loves to boil over (and make a mess of the sugarhouse instead of any actual syrup worth the hassle).   Although there is not necessarily anything wrong with syrup made successfully during the end of the season, farmers typically would not want to present this syrup to an unsuspecting customer as the best they have to offer.  Grade B has its value, as there is a very rare breed of syrup connoisseur that insists they want the very darkest most robust syrup as their table syrup.  Grade B is also often requested by bakers looking for a maple flavor to emerge in their recipes without upping the portion, Grade B is often saved for flavoring rather than straight on pancakes, waffles, etc.

Many mass produced syrup brands, including Aunt Jemima, use Grade B maple base, because it came the cheapest and most robust flavored. They then add high fructose corn syrup as most “table syrups” are a blend of maple plus other more refined sugars.